It was Gracie’s second birthday and the chaos of any normal kid birthday was happening. However, in those chaotic moments of decorating, last minute food, getting all the seating and table put together and of course being sure we had everything we need for the party. In between all of that, there is a toddler in a diaper somewhere and monitoring that poop bag they have to wear is still very much a part of this chaos.

I stood there as I was feeling anxiety. No matter who I am with if there is a lot of people I get anxious. Now for some reason every single celebration I have ever hosted or things like my birthday I would get the anxiety from feeling like I couldn’t entertain everyone properly or supply the need for what people needed during the event. Its just this thing inside of me that happens and I have no control.
So, as I stood there with that anxious feeling that I couldn’t be everywhere at one time, I couldn’t have conversations with each person, I couldn’t ask each person how their food was, if their little ones were having a good time or even things like, “Have I even had a bite of food since I woke up?”

I then realized I hadn’t checked on Gracie’s diaper in a few and I so off I went. As I knew it, she needed to be changed. While I still had this anxious feeling inside that I couldn’t be out there tending to the guests and being sure things were kept up. (Even tho I had plenty of help, you guys. This is just something about who I am.) Gracie, smiling at me and I just looked at her and said, “You are two now big girl! It is time we start heading in the direction of what big girls do!” I told myself and her at that moment, “Mom is gonna have you wearing big girl panties in just a short couple weeks. (I had a book that said 10 days. I shot for that.)

That is the moment I decided it was up to me to either weed out some of the chaos when I can or live with it. Obviously, I chose to weed the shit out. So, it seemed fitting to get rid of the dirty diapers.
I told myself, “10 days Ashley, you got this!” The book even says so! I read about 25 pages of that book before I decided I was more than capable of doing this without reading some book. Back in the day, like way, way back in the day they did not have books. So, I don’t need one either. At least not how to teach a little person to use a shitter. 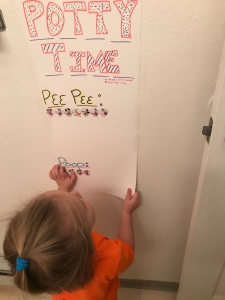 Day one, I had been given some hand me down padded panties is what you can call them. I used pull-ups during nap time and bedtime. However, I just got right in it and put on some padded panties during the times she was awake. She had accidents the entire day this day. The first time she wet herself I had dressed her fully of course after a shower. So, when she peed she also peed all of her pants. This is when I made the choice that the next 4-5 days was going to be spent at home as much as possible and no pants were needed. Yay for Gracie!
This also was the first time I got to clean poop out of underwear. That’s fun. HA! You get used to it. Oh my gosh. I can’t believe I wrote that but, its truth! All in all the first day was all about having these things.

Now, I knew being patient was a given and having no expectations was humane. Being consistent with every single celebration was the one thing that gets… weird. At least to me. When I am cheering on a little human to sit on a shitter and release their inners. HA! Seriously that might have been the worst description ever written but, I kept it. Because I am all about being honest and teaching a person to use the bathroom is, weird! A lot of eye contact. Be ready for that. Be ready to clap your hands, yell yay and tell them how big their poop was. Ha! This is serious business to them ya know? Ha Ha!

Reading on the toilet is non-negotiable.

Day two, now I am briefly going to run you thru the days it took to accomplish what we did. I guess being 2 and potty-trained is more uncommon than seeing your average three year old have it down. But, I am only getting this stuff from online sources or your average book off the shelf. I don’t have exact because I simply didn’t keep track. I’ll be better next time. So, day two she achieved pooping on the toilet! Mind be it was stuck between her butt cheeks but, it fell in the toilet when we sat her down. That alone was a shock to her. Ha! She also achieved going pee in one time. Which was already progress! We were proud nonetheless. Still staying consistent with every 30 minutes taking her to the bathroom, setting her on the toilet and sitting with her as we look at books and we would talk about using the toilet. She would throw fits after she caught on to what she would have to do when she knew she didn’t have too. But we didn’t and she also didn’t communicate the difference to us yet. So yeah, there is a lot of ugly involved in this process but, there is light at the end of the tunnel girl. I promise! Stick to it no matter how many bows that kid throws at you.

No pants for over a week while indoors. So cute tho…

Day three thru pretty much day eight there was leaps and bounds of progress with Gracie. By day 8 she was already using the toilet regularly as long as I would offer her the option every so often. No more than an hour at this point in our process. She was really responsive and from day two and on, she also did not poop in her pants. Of course, there have been a couple of accidents since day one to today. But, 99% of the time she walks to the toilet and poops. So by day eight, she would pee if she had too and was on the toilet however we were still working on the communication part to ALWAYS take us to the toilet if she had to go. But I mean we were doing pretty good for 8 days in and only 2 years old.

These are the padded panties I ordered after realizing the amount I was given was not enough. This 3 pack and a second 3 pack with Elmo. Found on Amazon, here! Elmo ones are Here!

Day Ten, I was confident she was basically potty-trained but, I told Ryan that w should give her another 4 days until we officially say she is. Even by day ten she was now taking us to the toilet about 40% of the time when she would need to use the bathroom. But, every time she had to poop there was no hesitation to use the bathroom. We felt like this was a big success!

Day Fourteen, we are telling her and ourselves she is fully potty-trained! Two weeks! Two fricking weeks is what we did. Only 4 days later then a book told us that it would happen. We all know books CAN happen with the advice given but, realistically there is always more of the average occurrence then the 1% occurrence. Just saying don’t beat yourself up if you are off a few days or even weeks. Every kid is different we just got lucky with her response to the process. Even when it was ugly.

We started on September 14th which is five days after her second birthday. It is November 1st and she has 3 pull-ups left for her bedtime. We will not be buying more after those are gone. However, she has not woke up wet but one time in about a month. We just didn’t want them going to waste so used them during bedtime. She has been wearing big girl panties for a nap since about week 3 after starting. 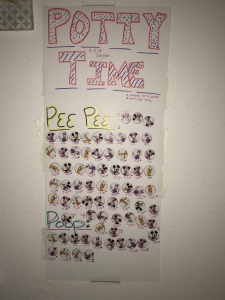 This board was COVERED by the end of the journey! We filled up all the spaces. ❤

You guys, don’t over complicate the things that are apart of human nature. We poop, we pee and we do it in a toilet. Its simple just set them on the toilet and eventually, they will poop or pee! When they do, CELEBRATE!

Gracie is so much more comfortable and happier without lugging around her pee and poop. Who wouldn’t be!?

How we would celebrate was not only the big hooray, the hand clapping or even the assurance of how big they were. But, we used stickers! She loved putting the stickers on the board after every success. Two stickers if she did a number one and two!

Embrace the chaos and work thru it. Weed out the shit that is not needed and stays consistent with being focused on staying consistent. It is easy to forget when you start a new habit. If you do that, the process will be much less painful and messy.
I hope I was able to shed some light and perhaps some assurance to relax a little. It’s not like they will poop and pee everywhere but the toilet forever.

Try to always find Laughter in your lows 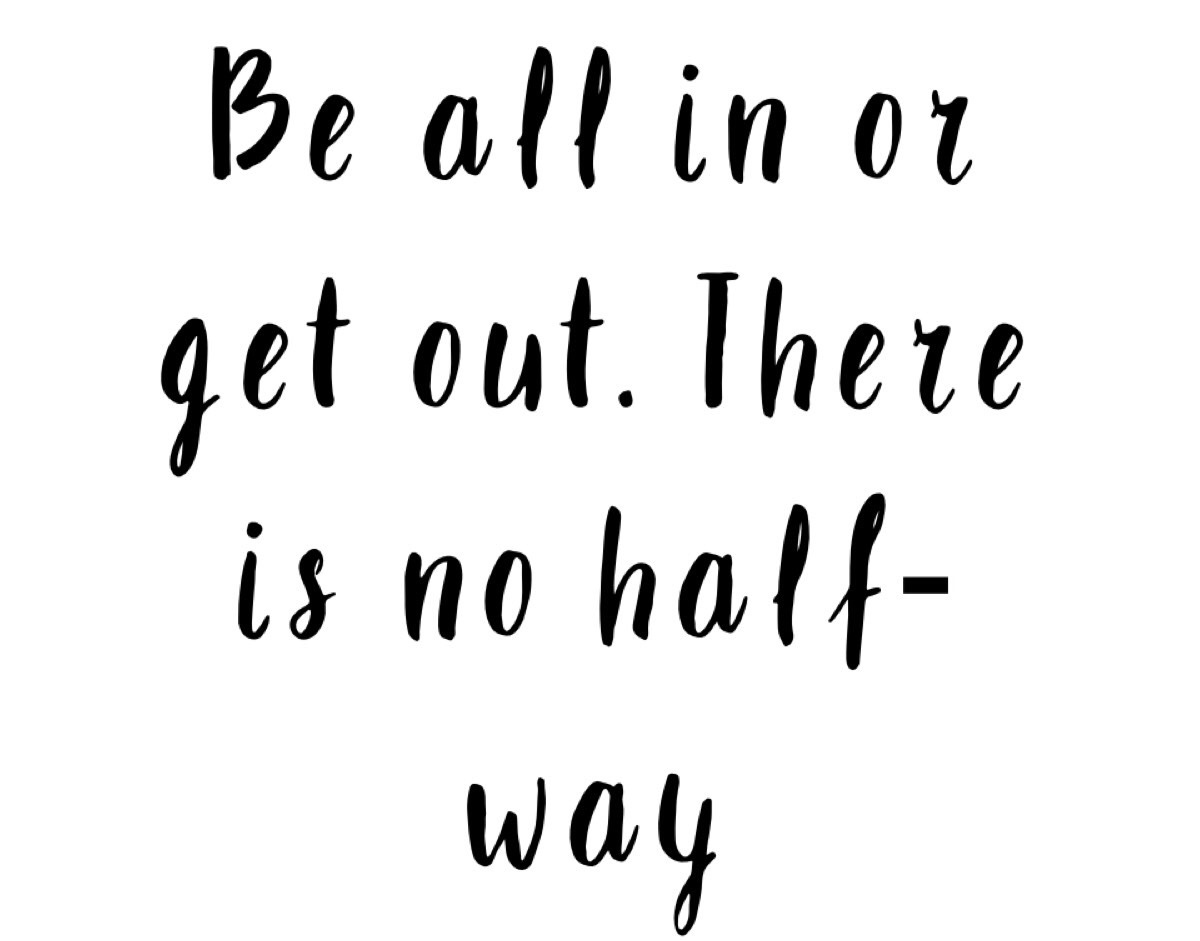 Never forget who you truly are in the midst of momentary acceptence. 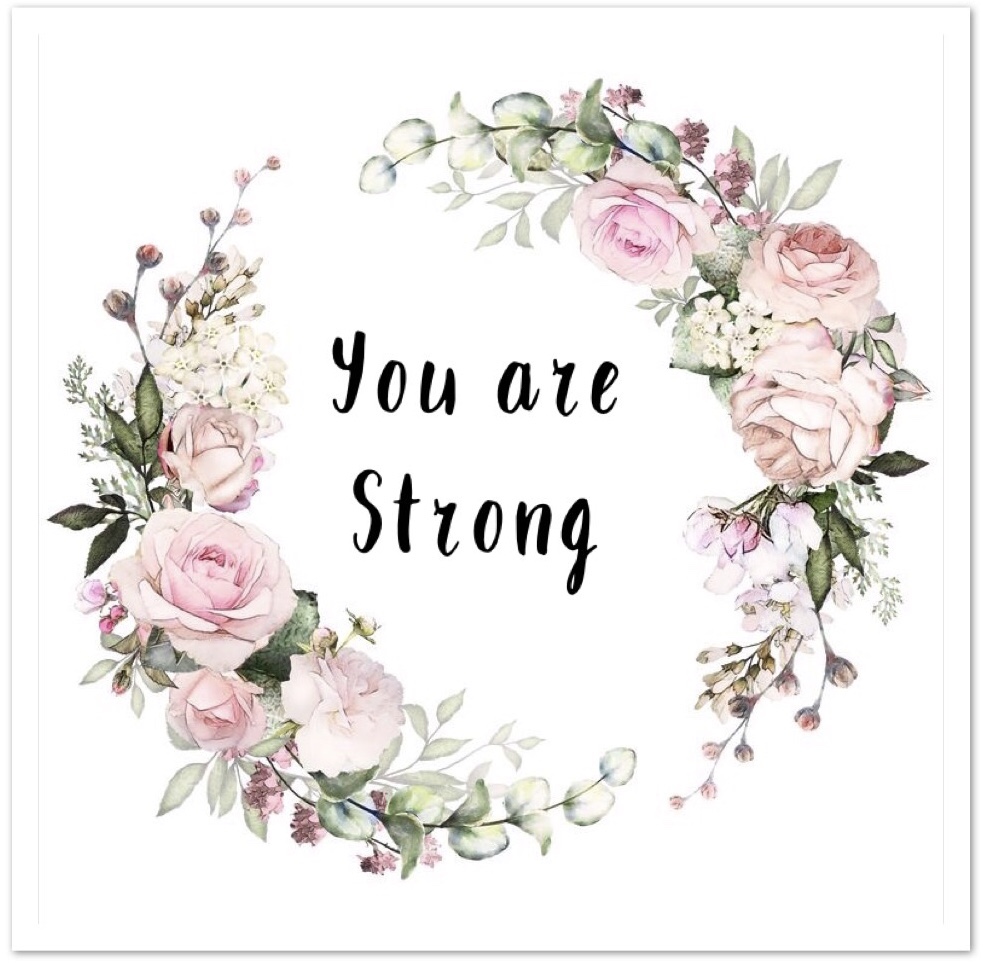 BY GRACE THROUGH FAITH

journey to the little things